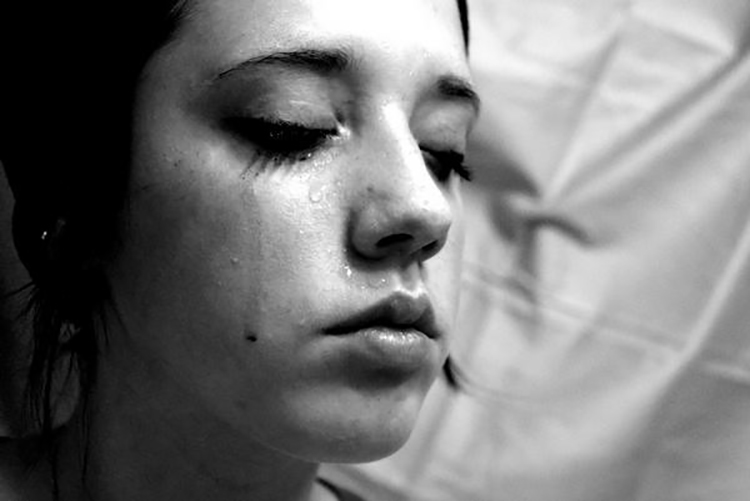 Have you ever been in a situation where you were approached by your significant other and solemnly told: “After praying, I feel God is telling me that we’re not meant to be together anymore. Sorry.”

Perhaps you have, or maybe you were the one using this line. As for myself, I have been on both ends. And now that I think about the situation more critically, I realize that God didn’t end my or your relationship.

Here’s the truth behind using God as the motive for breaking up—when God is the reason, the blame is removed from the “relationship ender” and put on God instead. This creates two false situations:

In scenario one—yes, it is your idea and you should be held accountable for your decisions, not pawn them off on someone else. But really, did God directly speak to you like he did to Moses? I’m not saying God doesn’t speak like that today, but I do know from experience that we like to think God is telling us to “end it” but really it is just ourselves wanting it and looking for an easy back door escape route. Don’t use God as an excuse. There may be legitimate instances where the relationship is truly sinister, and God speaks to you in some form to get you out, but I’m not referencing those. I’m addressing the Christian relationship go-to break-up policy, “I think God wants us to break up.”

I remember telling a couple girls that it just wasn’t going to work out because God didn’t want us together. Unfortunately, this wasn’t true at all—I just didn’t want us together anymore and it was easy to use God as the excuse so I sounded “Christian” and didn’t have to take full responsibility for the pain the girl would endure, because it wasn’t me who did it—it was God.

That’s where scenario two comes in. When blame is put on God for a breakup, the affected individual takes their anger and frustrations out on him. “It is God’s fault! Why would he do this to me? Why doesn’t God want us together? I hate God for taking him/her away from me!” These accusations are common cries following the usage of God as the reason for breaking up, and they are all misguided because God is not the real reason the relationship ended. This mislabeling of blame hurts and damages the affected person’s relationship with God for a long time. It may take years to realize that it wasn’t God who ended it, and then years to rebuild or find a true faith in God again. Think wisely, do you want to put someone in this position?

Let me encourage those of you who have misused God as a reason for breaking up in the past to reconcile the mistake you have made, because you are forcing someone to struggle with loving an all-loving God. That contradiction should never exist. It took me a long time, but I have asked for forgiveness from the women I burned with the “God excuse.” I had to swallow my pride and be ready to take what ridicule may come—not an easy task. Nonetheless, the two women showed grace towards me but not before reminding me of the struggles I caused in their life because of my misuse of God in the break-up. One girl related how for years she felt like she wasn’t Christian enough, never good enough for Jesus or any other solid Christian guy. So she settled for less, and that hurt her even more. That was a direct consequence of my stupid decision to use God as the excuse to end my relationship. Understanding how my choice affected her life is still not easy for me to handle today. How reckless I was with such a precious situation—thank the Lord for grace, but shame on me.

As Christians we may also feel that we shouldn’t be in a relationship because it isn’t God honoring, but that doesn’t mean it is God telling us to break up. Honestly, it means that we just shouldn’t be in it because it’s not good for us or them. You don’t need to use God as the reason for that. Dig deeper, understand yourself and your situation, and use those reasons to explain the ending of your relationship. And remember, whether in either scenario, God didn’t end your relationship.

If you’ve used, are thinking about using, or in the process of Scenario 1:

“In the same way, let your light shine before men/women, that they may see your good deeds and praise your Father in heaven (because of you).”

“All a man/woman’s ways seem right to him/her, but the Lord weighs the heart.”

“A lying tongue hates those it hurts, and a flattering mouth works ruin.”

If you’re in or have been in Scenario 2:

“For I know the plans I have for you declares the Lord, ‘plans to prosper you and not to harm you, plans to give you a hope and a future.”

“Look at the birds of the air; they do not sow or reap or store away in barns, and yet your heavenly Father fees them. Are you not much more valuable than they? Therefore do not worry about tomorrow, for tomorrow will worry about itself.”

“Be strong and courageous. Do not be afraid or terrified because of them, for the Lord your God goes with you; he will never leave you nor forsake you.”